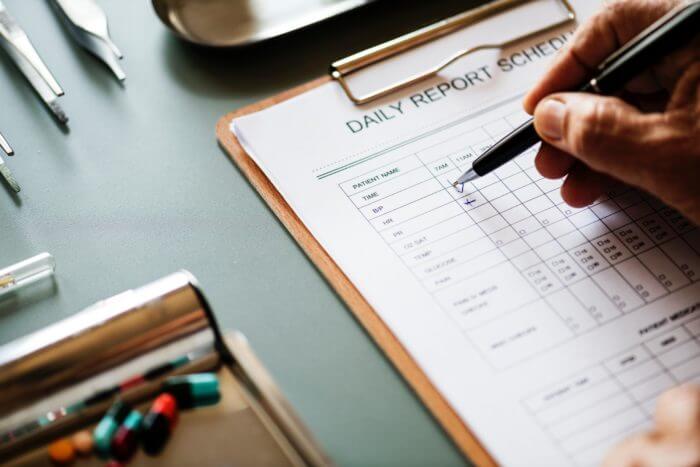 We all know the standard image of a Health & Safety man as ridiculed by the Daily Mail and others – glasses, anorak, clipboard and form (I just need to get the anorak then!).

But completing ‘H&S tasks’ isn’t just the preserve of the H&S expert – so such tools of the trade need to be taken up by all organisations, from their leaders, to their managers to their staff.

Putting the anorak and glasses  to one side, this is usually done by issuing different forms to fill in, for example covering the different types of risk assessment (and waiting for the groans to ensue).

But there’s a trap waiting here for the unwary:  just who will fill these things in? will they know what to write?

Faced with a new form to fill in, what we’d all like is something nice and simple: a checklist maybe – just like the one’s airline pilots fill in.

The problem is, aviation these days is a very mechanical process and set within the context of one of the most mature and advanced safety system in existence.

In contrast, many work activities are rather more nebulous and ill-defined, so they don’t easily lend themselves to a simple checklist-type form, and especially any that have been produced from people outside of the organisation.

In risk assessment terms, most checklists are the end product, not the starting point. They’re great in the context of known routines ‘don’t forget to do XYZ’, but they’re not great for exploring the possible risks when planning or developing an  activity – and this is where we all have to start.

And so, forms are developed to make things easier, more logical, and with lots of white-space boxes headed something like:

For some people, this is like going back to school exams and can elicit a panic-response: What do I write? What can they possibly want? Am I qualified to fill this in? If I get it wrong, will I be held liable? Will anybody ever talk to me, like,  ever again?

The forms are asking for descriptions and value-judgements to be laid out in quite and insightful way – not so easy when one has the feeling of panic descending!

So often the result is that people write the absolute minimum e.g.

or they fall back on wide, vague statements e.g.

Box: ‘Describe how you control the hazard’ Answer: ‘Staff should use common-sense’

Of course, this isn’t their fault – it’s a sign that they haven’t been supported, for example through sufficient training.

So the answers to the above problems become obvious: