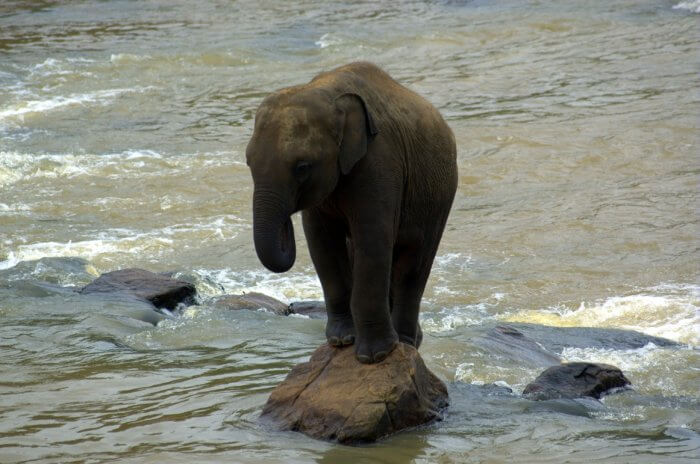 In the latest IOSH health and safety industry magazine there was a good article about keeping H&S in proportion, with particular emphasis on risk assessment.

Over a 4-year Doctorate study the article writer, Dr Lawrence Ball-King, interviewed 34 senior risk experts and looked at the wider picture of how risk assessments are conducted across different sectors.

He reached five conclusions which are the basis for my commentary:

1. The Foundations are still good

The current legislation – despite what some people think about red tape – is widely endorsed – in particular once people understand it. This is because it is flexible and non-prescriptive and demands a thinking approach from duty holders.

So the old-fashioned view of a health and safety consultant coming in and telling you what exactly to do should have disappeared a long time ago.

Instead, a more collaborative approach should be adopted where the consultant is part of a team that decides how far to go in reducing risk.

2. …but there’s still a lot of confusion, misapplication, and mis-direction

The second conclusion of the report acknowledged that there was still considerable confusion “out there” about health and safety, and in particular about risk assessment.

Even some of the definitions (‘Hazard’, ‘Likelihood’ ‘Risk’) that people have come to use were found to be poorly understood and mixed in their application.

There is particular concern that, when it comes to very high risk there may be a leaning towards rating rare events far too highly, for example, being struck by lightning. As human beings, we have a general sense of dread that comes into play in some industries and for some people.

To counter this view, in a legal decision in 2003 Lord Hobhouse referring to the safety of a lake in a country park made the observation that “it is a fallacy to say that because drowning is a serious matter, that there is therefore (automatically) a serious risk of drowning”.

One of my observations over the years is that people who rely heavily on quantitative risk assessment using tools such scoring systems and risk matrices often make huge mistakes in how these they are applied.

Time and again I see people making scoring decisions that bear no relation to the scoring table and drawing conclusions that are either erroneous or are heavily weighted to produce a bland, status-quo supporting result.

Unfortunately this is how people are taught in official training courses. Trainers can be keen on teaching scoring system use because of the ease of demonstration in a classroom setting. Good for them! However it’s bad when it comes to their use in real-world scenarios where they rapidly degenerate into being a pointless exercise.

Another factor is that there’s been considerable pressure on the Health & Safety Executive (‘HSE’) over the years to simplify. And while many of these initiatives have been useful (for example, making guidance freely available) many others are missing the point.

It’s not sufficient to say that for example, risk assessing stress is ‘just the same as risk assessing falls from height’. If you visit the HSE website and have a look at their risk assessment examples it’s very easy to see glaring errors and massive over-simplifications.

Most people understand that complying with H&S provisions is a legal duty and that consequently they are intended, like traffic laws, to be enforced. But it’s quite clear that over the last decade – particularly during the austerity years – the local enforcement by Local Authority (‘LA’) Environmental Health Officers has been ground down to the ground.

Businesses intuitively know that they’re not going to be visited by inspectors and that even if they do it will probably generate a letter or Improvement Notice, so they can take the risk.

3. Risk is a conceptually difficult thing to understand and work with

The third element of this report is that even the courts struggle with the concept of ‘risk’.

There’s an overlying reliance on the risk being judged on the outcome other than the inherent risk. So for example if there’s a dreadful manual handling injury due to negligent work planning then, certainly it has a chance of being prosecuted. But if an inspector goes to a site and sees the same thing happen in the absence of any injury, the organisation might get a verbal warning and a letter telling them to assess and improve.

Similarly, if the resulting injury is less, despite the gravity of the offence, the courts see it as a lesser matter and more worthy of a slap on the wrist. The two outcomes are just separated by chance.

4. If you’re finding it tough, we don’t blame you

The fourth point of this report was that duty holders have a bit of a raw deal. Most are trying their best to cope with a system that deliberately leaves a lot to their discretion. So managing it proportionately is difficult without extra guidance. That’s why consultancies such as ours exist, but there’s still strong incentives to do the minimum.

5. Pressure to do things a certain way can come from different directions

On the silly side, pressure to carry out health and safety tasks in a non-proportionate way may come from lots of sources aside from rogue H&S consultants.
For example insurance surveyors can require things that are overly onerous, but in my experience they often overlook obvious risks to health and safety. After all, they are primarily there for their own purposes i.e. checking overall risk so that they can set a realistic premium, not spending forever filling in for the poor education of the business owner.

Also, when businesses are contracting to much larger clients there’s quite often pressure applied to adopt the larger clients’ systems, even if they don’t make sense.

I was encouraged to read that the report agreed with our stance which is that it is best to use qualitative approaches when judging risk not quantitative. We only score risk at the very first interactions and only as an initial ‘big-picture’ prioritisation exercise.

The key to sensible decisions, as ever, is collaborative working to agree a level of risk management in relation to what is reasonably foreseeable. You can add to this having an ethos of trying to continually improve the way that we all assess and manage risk.

No business can pre-empt how they’re going to be judged if something bad happens, but the important thing is to have thought about it and have a rationale for why you took action on one thing, and didn’t take action on another.