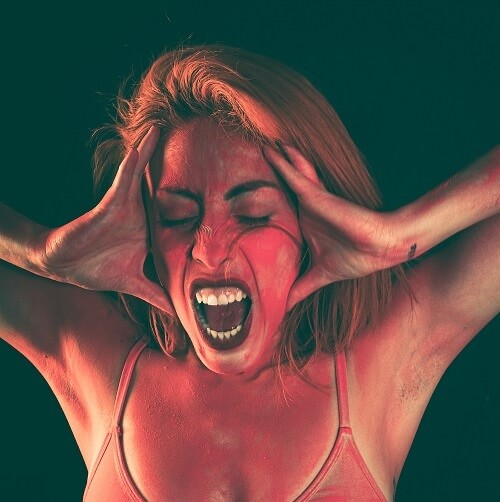 Like any profession, working in H&S can have some amusing moments but on this occasion, I’m referring to Edvard Munch’s ‘The Scream’

Because over the years a form of unrealistic ‘cake-ism’ has become apparent in some new enquiries that come in.

Directors of companies – who are undoubtedly very talented and successful at what they do – decide they want to apply their brilliance to ‘solving’ the H&S compliance issues within their firm.

And they know that these days you can literally outsource anything. By literally, I mean definitely, unfailingly, genuinely, positively…or at least until someone shows them that they’re wrong.

So, they’ve heard of H&S Consultants who can advise on how to achieve compliance, but they think: ‘Hey, let’s take this a step further…let’s outsource the management of H&S as well’ (for the same price, of course).

After all, if they can get outsourced HR Advisers to come in and discipline or sack our staff for them, why not apply the same principle?

Let’s not scream just yet, but examine what outsourcing this kind of H&S work could mean – if it were possible:

Don’t Just Take My Word For It

There’s loads more, but the reason that cuts through everything as far as legal compliance goes is that an outsider on contract can’t be held legally responsible:

The tragedy is that some unscrupulous Consultants will say ‘Sure, why not’, and I have recent experience of this.
A few years ago I carefully priced up a job to give a local company far more time on-site that I normally would, and guess what? They chose a cheaper quote.

Then, last week they came back to me because their chosen supplier had disappointed them.
Undaunted, they’re still after the same deal – that is, an external Consultant who will be ‘part of their team’ and pro-actively manage health and safety for them.

I advised them to now start thinking about employing someone in-house as they’re chasing something which doesn’t, or shouldn’t, exist.

As an aside, isn’t it strange that organisations will think nothing about employing consultant time to do a job, but very few consider that it might be much better performed by a 2-day a week part time Manager post? My feeling about this is that often job adverts are set by Directors or HR who often won’t know what the job entails or aren’t flexible in their thinking about how the task can be achieved.

The above described situation is in addition to Directors who think that the external Consultant can do all the work on their own, and so at the pre-contract stage set milestones, deadlines and KPI’s for the Directors to later hold them to account.
‘I want you to do this job; I admit I have no idea what it entails, so firstly I want you to outline it for me (for free); I know you’ll need to collaborate with my staff and managers, but I want you to be fully responsible for the outcomes – even if they don’t cooperate’.

I liken the whole scenario as similar to that of a landowner who wants to build a house, invites a builder to lead the project but then admits they have no plan as to what it should look like. Plus, the builder has to work with unknown contractors (i.e. in the analogy, the employer’s staff and managers). Also the price has to be fixed, competitive with others who are unscrupulous in their pricing, and be completely satisfying to the absentee owner when finished.

Yes, H&S does make us scream sometimes…but it can also be rewarding when you find good organisations to work with who haven’t let their success go to their heads and start thinking that they can start bending the rules to suit themselves.

Looking back over the years that ‘Just Health and Safety’ has been operating, we’re proud to have been influential with so many intelligent, insightful organisations in setting up sound Health and Safety systems.
So, if you’re a Director or Leader in an organisation that wants to improve – and you understand the pitfalls described above about stretching things too far – then do get in touch….we don’t scream that often!